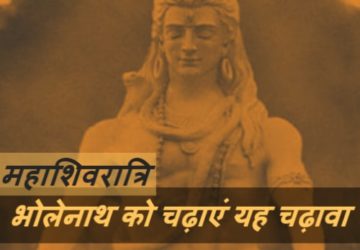 RELATION BETWEEN EMOTIONS AND SUCCESS Who does not want to fulfil his dreams? Who does not like to step on the ladder of success? We all wish to. But do we really give our 100%? Sometimes, ask yourself these questions, and you will get your answer. Nobody other than you, yourself, can answer this question in a better way. Why? Because nobody knows you, better than you, yourself. You can tell a lie to the others, that you did this and that, but only you know the actual truth. You know, where you have made the mistakes.

We often get swept up in emotions and make some such decisions which affect our future. Our emotions also have an important contribution in our success. Our emotions are positive or negative.

A successful person is the one, who knows, what should be done, at which time. He knows the correct time, of doing things. Of course, if his emotions let him do it or stop him from doing it. And it is also not correct that we get so engrossed in our success, that we overlook and ignore our emotions.

Just as nature has balanced everything, similarly we must also balance our emotions and our work. Balance is very important in Life.

Example for emotion and success :

The attitude or point of view of assessing each situation, varies from individual to individual. Sometimes we face a mountain of troubles in our lives. But during that difficult time, some people get broken whereas some stagger, and get back in control. According to the famous Hindus scripture Mahabharata, the son of the King of Hunters Hiranyadhanu and Queen Sulekha was Abhidyumn, whom the world knows as the famous Eklavya. He was not satisfied with his Archery skills, after receiving his initial education. To achieve higher education in Archery, he went to the skilled Teacher Dronacharya, but Dronacharya sent him back, saying he only teaches the persons from the Brahmin and Kshatriya background. Although Eklavya did not get hurt even slightly, on hearing this, he made up his mind, to learn Archery by staying in the forest. He made a statue of Dronacharya in the jungle and thinking of Dronacharya in his mind, he learnt the Archery skills. One day, Dronacharya, along with his pupils and a Dog, went for hunting in the same forest, where Eklavya lived. The dog wandered and lost his way, and reached the ashram of Eklavya and started barking. This was disturbing Eklavya’s practice. So Eklavya shot the arrow in such a way, that the dog did not get hurt, but his arrows, shut the dog’s mouth. The helpless dog went to Teacher Dronacharya. Dronacharya and his pupils were surprised to see such a superior display of Archery. It became a matter of concern for Dronacharya. When he showed curiosity to know about Eklavya’s Teacher, Eklavya brought the statue of Dronacharya. He was surprised to learn that Eklavya had thought of him as his Teacher, and has achieved such great skills, by practicing on his own. Upon seeing his own statue, Dronacharya said, that if Eklavya considered him his Teacher, then he should give the Fees of the Teacher. Eklavya agreed to even give his life, as the Fees but Teacher Drona demanded the thumb of Eklavya, so that Eklavya does not become the best Archer in the world. If it happened, then his promise to make Arjun, the greatest Archer would become false. Eklavya cut his thumb and offered it to Dronacharya, without hesitation. After this, except Eklavya, everybody left. Thus, if we analyse, from this point of view, then Eklavya’s strong determination made him successful in the path of Archery, but because of his emotional passion and dedication towards his Teacher, he had to cut his thumb.

These games of emotions are unique. To achieve success, it is very important to have a positive attitude. Success brings happiness, as well as puts pressure to do something better.

If you are facing problems in your carrier, married life, child problem or any other issue related to your life concern with Acharya Indu Prakash “Worlds Best Astrologer”. He is one of the most recognised experts in the field of Astrology. For More Details or Information Call – 9971-000-226.

What is Rahu Kaal? What we should not do in Rahu Kaal?