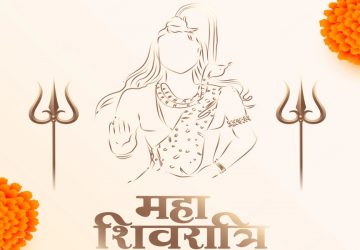 The history of Indian culture is very old. Our culture is an important religious culture. Since digging of Mohenjodaro, it has started to be considered to the oldest civilisations of Egypt and Mesopotamia. Indian culture begins with the introduction of the Indus Valley civilisation, which later evolved into the Vedic era. After this, India’s Buddhist and Golden Age began on this earth. The most important feature of our culture is that Indian culture is not only the culture of India, but it is a combination of the cultures, their customs of many countries. Due to the spiritual background of Indian culture since ancient times, the journey of people from other countries has been going on here, with which many colours of the culture there also came in our culture and in this way over time, Took it. At the same time, the legacy of our culture has always been reaching to other countries through those people. It is believed that most of the festivals celebrated in the world have been born from the middle of Indian culture. Indian culture is not only a collection of monuments and art objects, but it is a collection of many traditions and ideas. Indian culture is like a treasure that can never end, and it continues to grow in the form of a legacy of generation to generation. Indian culture is called Ganga-Jamuna culture. It is known to the stories of many great men. Many great men like Mahatma Buddha, Tulsidas ji, Premchand, Rabindranath Tagore, Mahatma Gandhi, Kabirdas, Valmiki ji were born on this land of India. Apart from this, Indian culture is a wonderful collection of many great texts (Ramayana, Mahabharata, Geeta etc), literature, music, pilgrimage sites, religions, languages ​​and dialects and various dance styles. If the legacy of Indian culture is to be progressed in the same way then it is necessary to save it and to save it, to preserve it, to tell its importance to the world.

If you are facing problems in your carrier, married life, child problem or any other issue related to your life concern with Acharya Indu Prakash “Worlds Best Astrologer”.  He is the most honest astrologer.